Why Companies Need to Move From Diversity to Inclusion 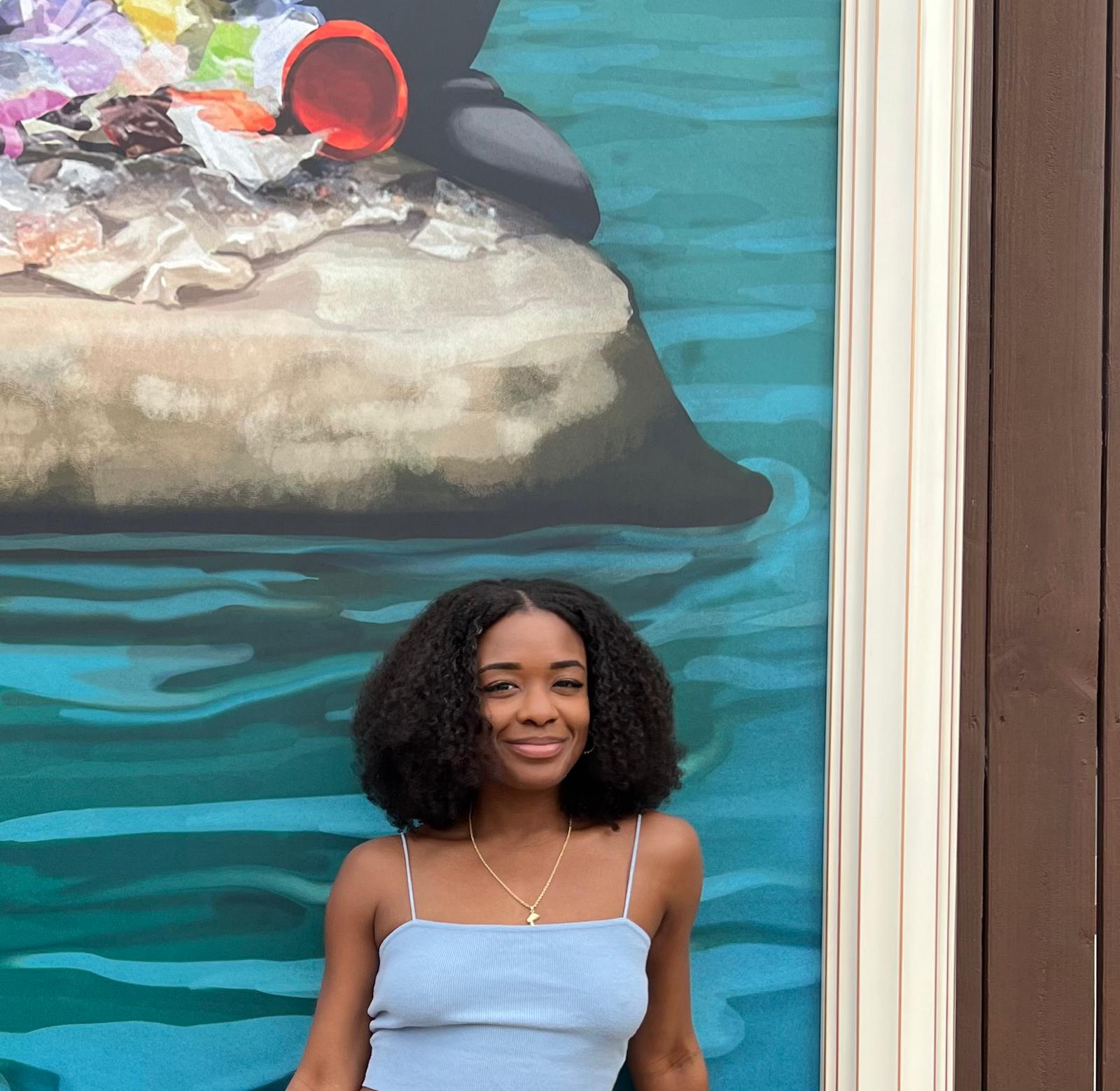 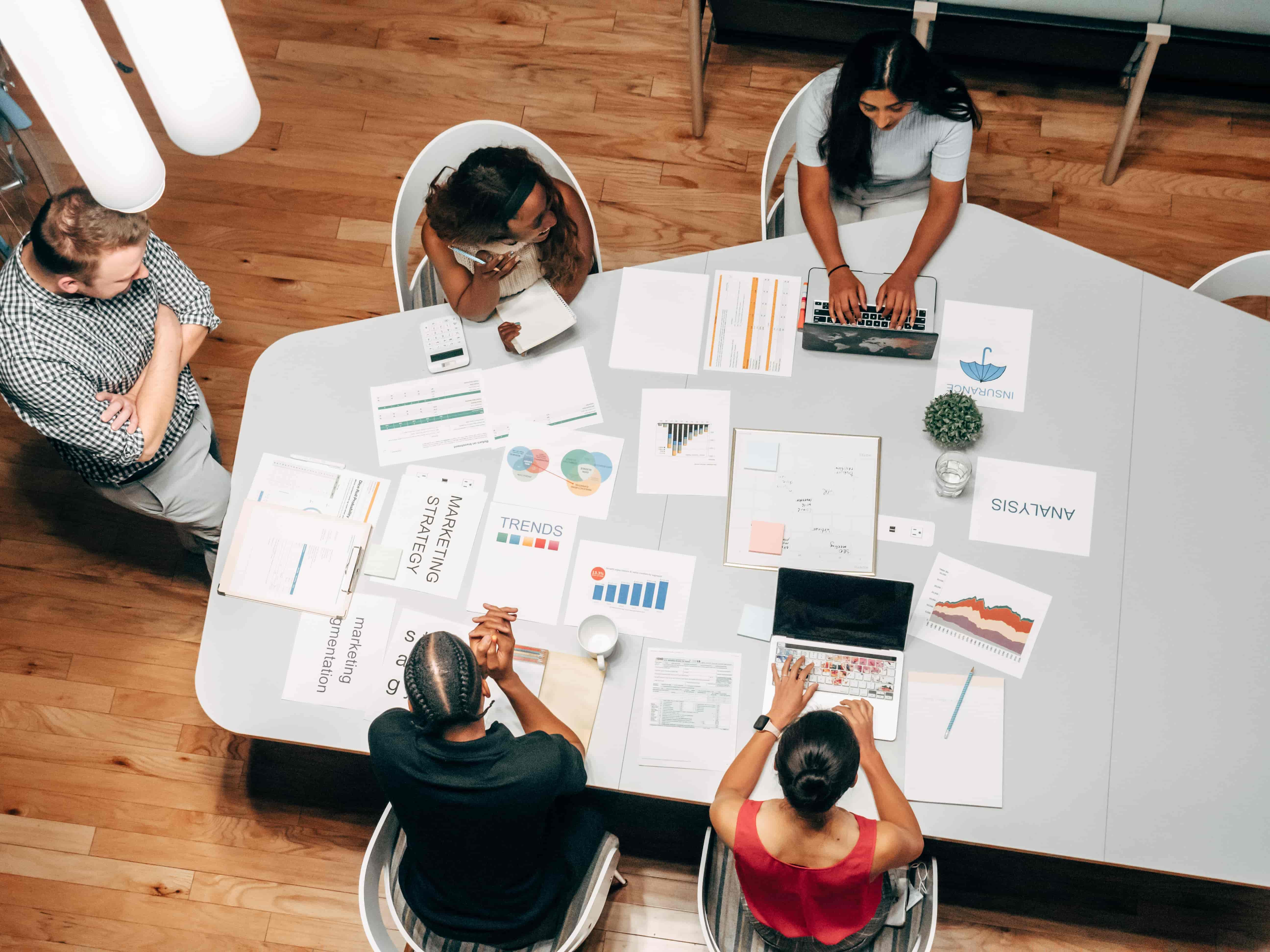 Whether you’re a newly graduated college student looking for a job on LinkedIn, or a seasoned employee working in corporate America, one thing is for sure – you will always see the equal opportunity employee clause in your contract or receive diversity training in the workplace.

But, have you ever wondered why companies do this? Let me tell you. Many of these corporations choose to perpetuate a narrative that their companies embody diversity, even if that’s not really the case. Every business wants to be politically correct – especially in this day and age – because they want consumers to believe that they are inclusive. But at what cost? The problem is that many of these businesses are mistaking diversity for inclusivity. While many companies believe that labeling themselves as diverse is a good thing, it ends up causing more harm than good.

It’s clear that someone’s race, sex, gender, age, etc. shouldn’t matter while seeking employment. But, why have diversity statements in job descriptions become so common? It usually goes something like this: “Our company is committed to creating a diverse environment that is free of discrimination and harassment, and our decision of employment is not based on race, gender, sex, religion, and so on.” Such seemingly bold statements are meant to make a positive impression and prove a company’s commitment to fairness, yet somehow they seem disingenuous. Instead of repeatedly using the same recycled line, companies should emphasize on how they are working to achieve the goal.

Whenever a hate crime hits the news or a certain heritage month comes up to celebrate a particular group of individuals, companies tend to go above and beyond by showcasing how ‘diverse’ and politically correct they are. However, when businesses attempt to be politically correct during such situations, their outward appearance and behaviour may look noble, but the motivation behind it comes off as insincere. For example, during pride month, many corporations change their business logos to include the LGBTQ+ flag. During Black History month, businesses jump on the bandwagon to “share and celebrate African-American culture, emancipation, and hope.” Does this sound familiar? Well, it should. Walmart, one of the biggest retail companies in the United States, thought this was okay. Now, I am not saying that Walmart meant for it to be offensive, but it’s all about timing and perception. Oftentimes, such moves by companies are perceived as being a marketing scheme in order to get more business – no matter the cost.

Then there are Diversity, Equity & Inclusion (DEI) programs that you might say encourage diversity conversations. Well, how does this help exactly? Many companies need to rethink their initiatives and ask themselves if these programs actually benefit their employees in any way. When a company makes it mandatory for their employees to undergo DEI training, it loses its effectiveness. Often, companies place emphasis on these programs when someone has done something ‘wrong’. If such training is only an afterthought, it defeats the purpose. If they only see the need to incorporate diversity training after an issue arises, then that’s not a solution. It’s a problem that will need an even bigger solution.

I believe DEI programs can be helpful, but it shouldn’t just be a task that one checks off to appease employees and customers. It is imperative to understand that DEI training is beneficial, but utilizing the same outdated tactics doesn’t help anyone. DEI training can make some people uncomfortable because of the negative connotations they have attached to it. However, the training shouldn’t be considered a chore or punishment. Either way, in the long run, consistency and authenticity on the part of companies will have a greater positive impact on their employees than a training course or seminar.

Diverse but Not Inclusive

The definition of diversity has changed the way businesses employ different groups of people in their companies. The problem that many companies face is that they believe they are diverse because of the diversity of their workforce. But the real question is, ‘Are they inclusive?’ Hiring a token minority is not the solution to an inclusion problem, and ends up causing more harm than good. Many times, we see companies put a few minorities on their board or in a higher position, and then check it off their to-do-lists, returning to business as usual.

It’s easy for companies to get lulled into a false sense of security and believe they are making progress by incorporating diversity training, supporting social or political matters, or hiring individuals from underrepresented groups. In retrospect, all of these instances do not ultimately benefit the company as a whole. When companies incorporate diversity training that only emphasizes what employees should or shouldn’t do, it isn’t useful and can be extremely shortsighted.

There is an urgent need today for businesses to move from diversity to inclusivity in their everyday business practices. An inclusive company is one where diverse individuals are involved in sharing diverse perspectives to improve things like customer experience or to make processes better and more cost-efficient.

Moreover, companies need to stop placing emphasis on how diverse they are. They are more focused on how their companies look on the outside rather than focusing on it internally. DEI training and statements that address certain issues is not what makes a company diverse. Programs cannot fix an issue that has been ongoing for decades.

Eventually, all the diversity statements, diversity training, and diversity hiring can backfire because it will cause a falsehood to create a misinterpreted, positive impression of the company. This can lead to companies being viewed as insincere and ingenuine. Diversity labeling is not helping companies because they are focusing on the wrong things. If a company is truly diverse, they do not need to remind the world of it constantly. 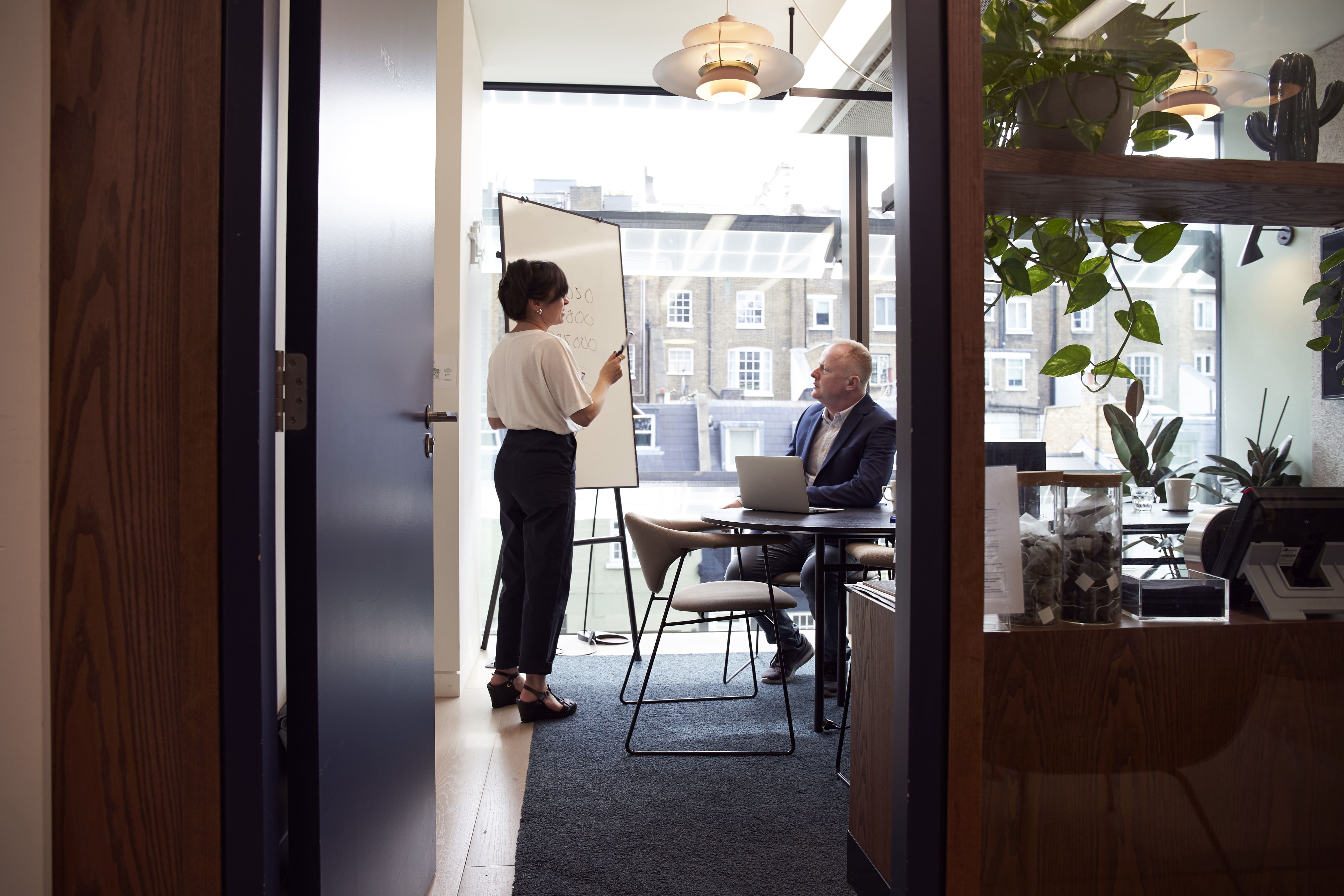 So that brings us to the question – how do companies create a more inclusive environment? Highlighting inclusivity in the workplace is what makes a company thrive. Instead of merely stating that they are ‘pro-diversity’, they can show through their daily work and actions that they are striving to create a warm and inclusive environment. Actions can create a powerful statement and will translate as much more sincere and authentic than parroting recycled corporate statements about diversity. It will allow employees and job seekers to realize a company’s true motive.

Businesses should focus on emphasizing that they value diversity because they want to, and not because they have to. Inclusivity in the workplace translates to businesses understanding that employees need to be able to work in a collaborative environment that allows them to voice their ideas and opinions. This will allow employees to feel a stronger sense of connection with their coworkers. Additionally, they will feel accepted for who they are and what they bring to the table – rather than their demographic. A collaborative environment in the workplace is the pinnacle of success. Providing a safe space for employees will allow them to feel comfortable while they contribute to the company’s success.

Shakercha Bradshaw
Content Writer at XIRCLS
Shakercha has a B.A. in English from Florida International University and she is currently obtaining her M.Sc. degree in Curriculum Instruction and Design.
Learn More 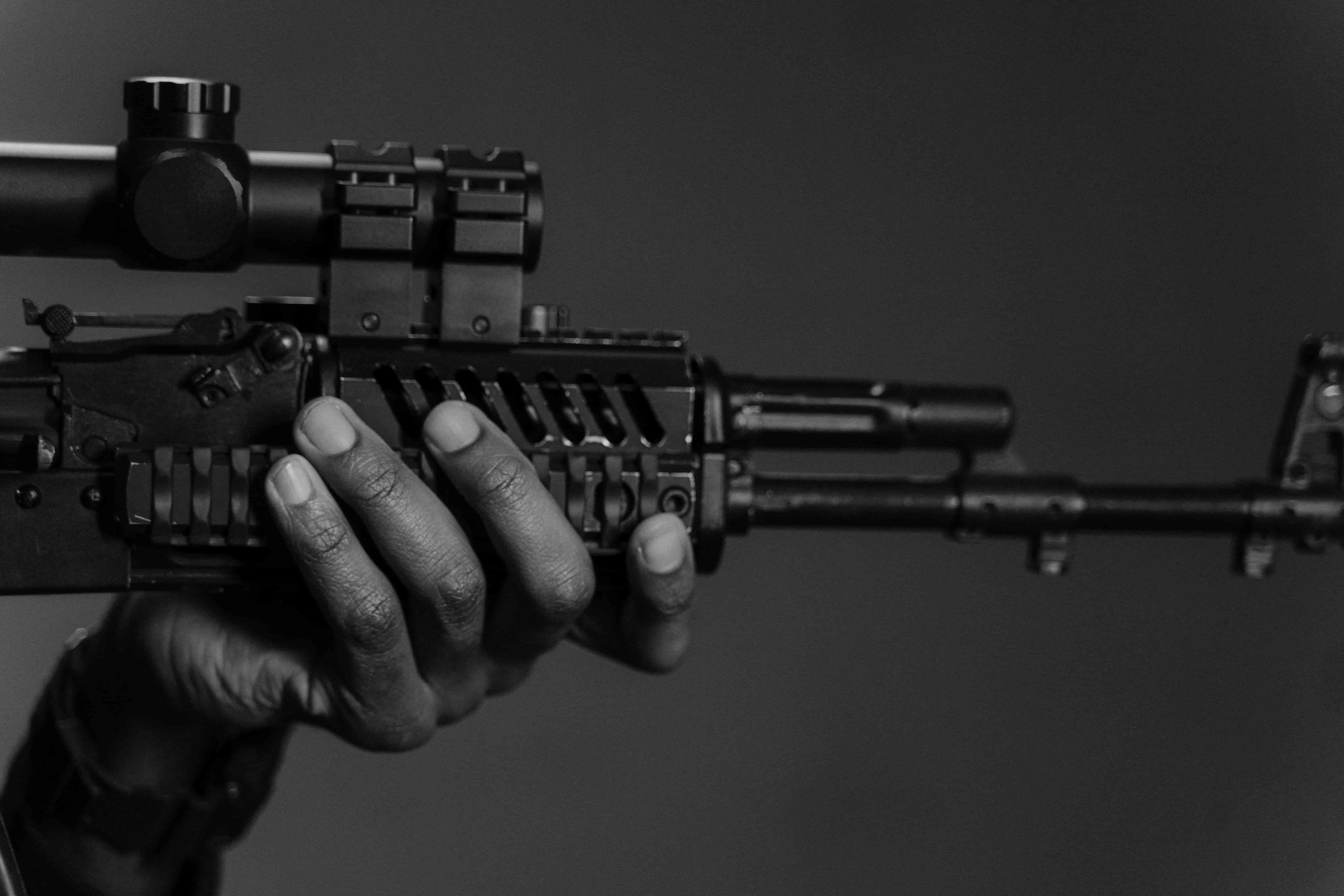 Target Audience: Are Companies at War with Their Customers? 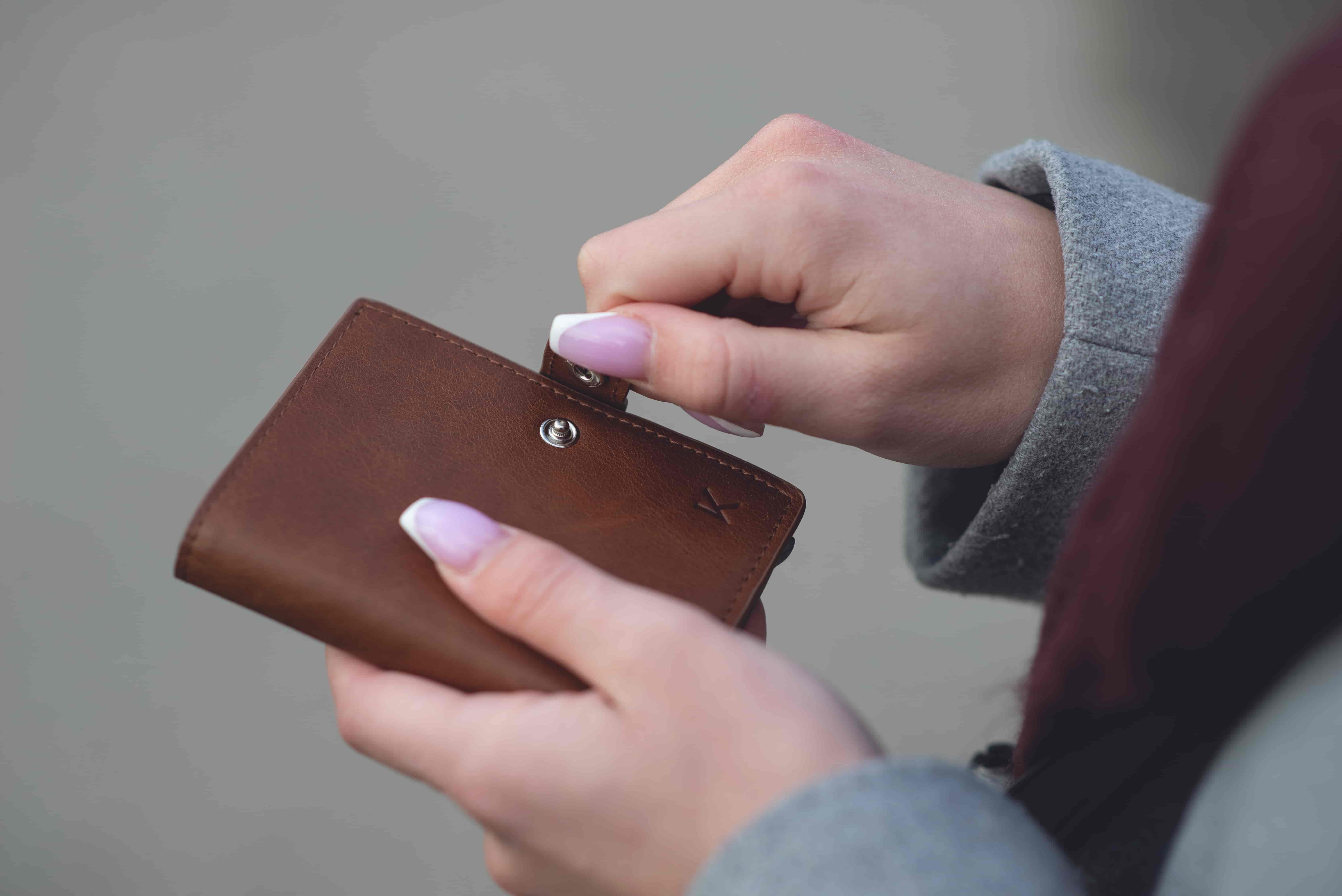 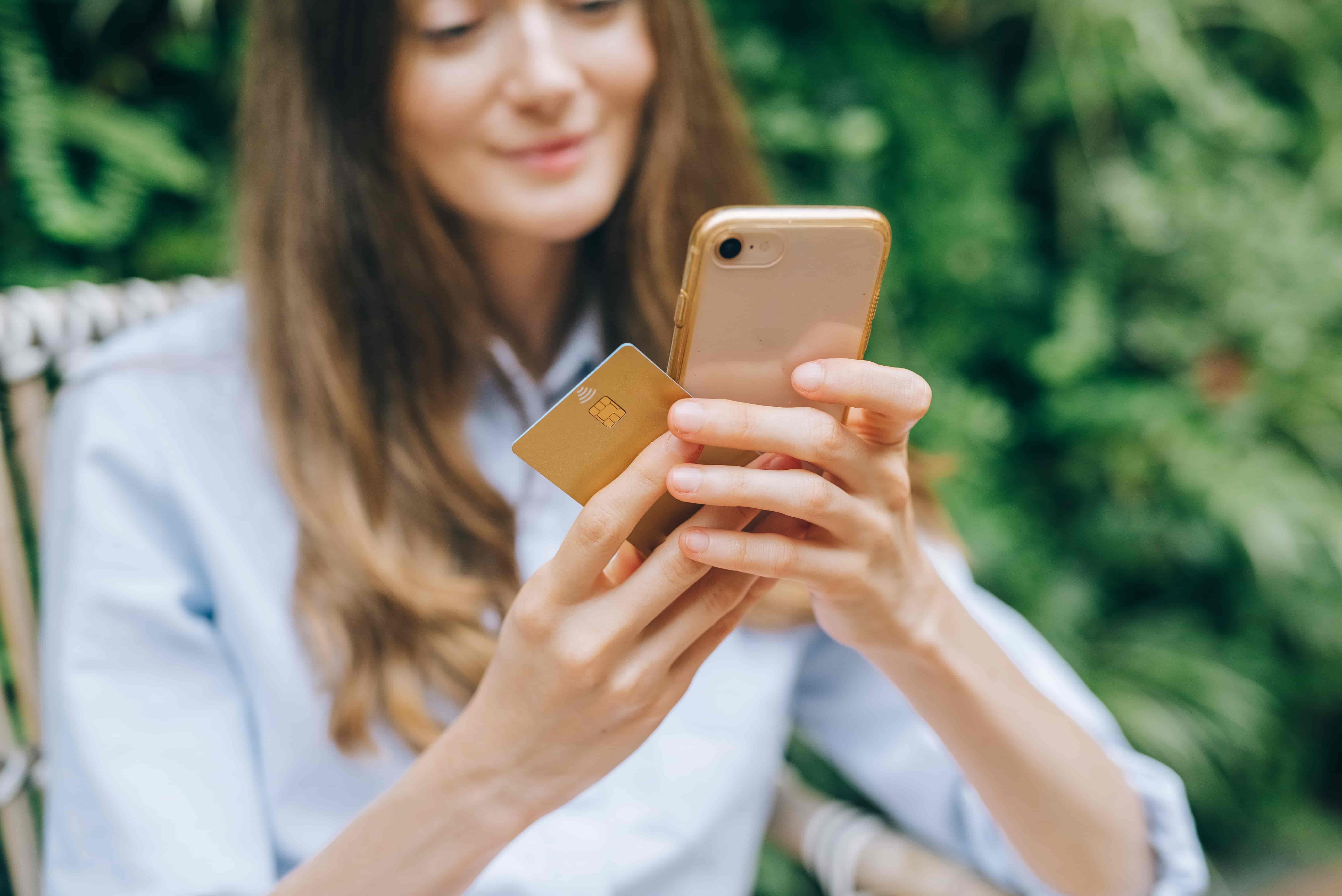 Are Bargain Hunters Killing Your Business? 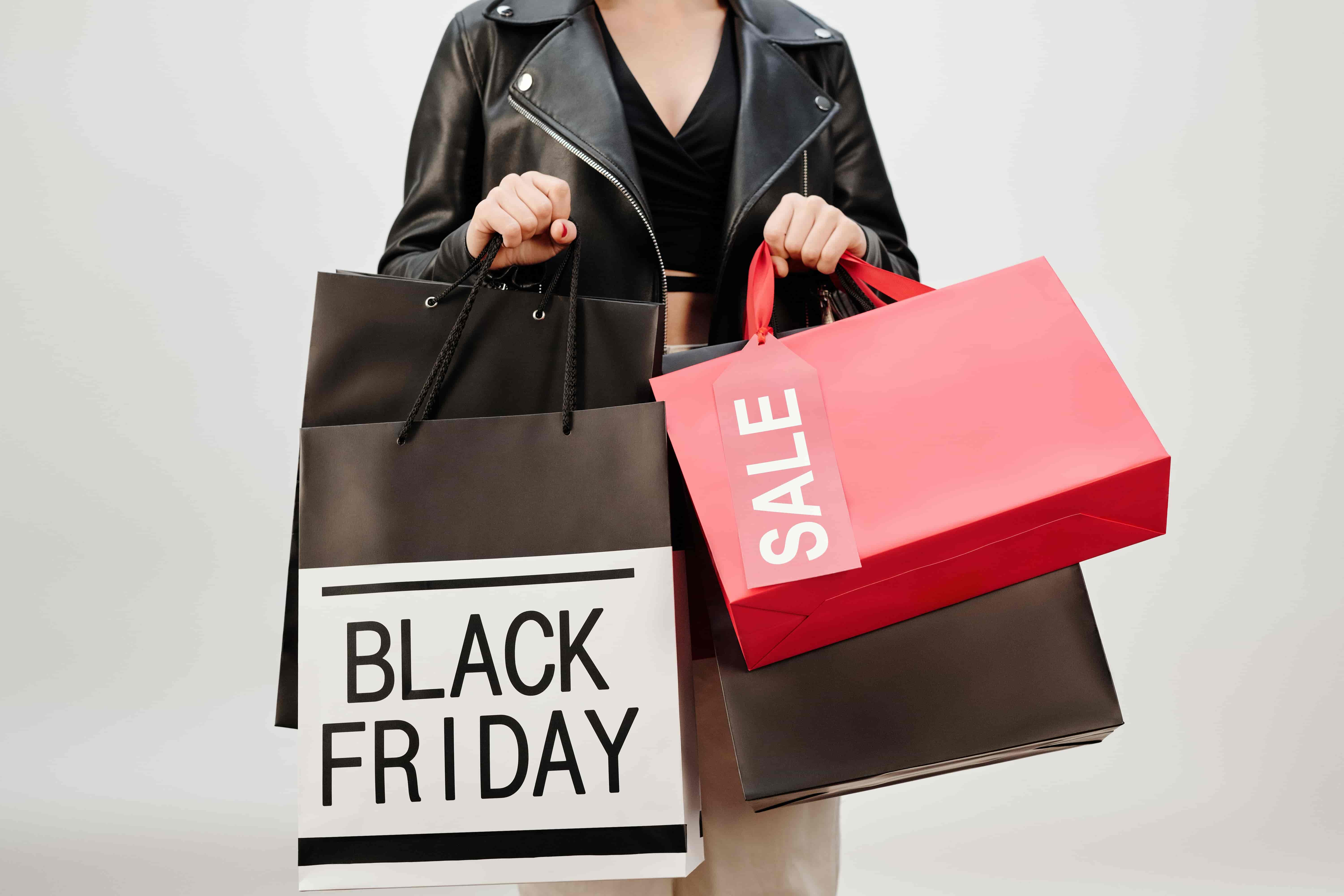 Mind Games: Why We Buy What We Buy 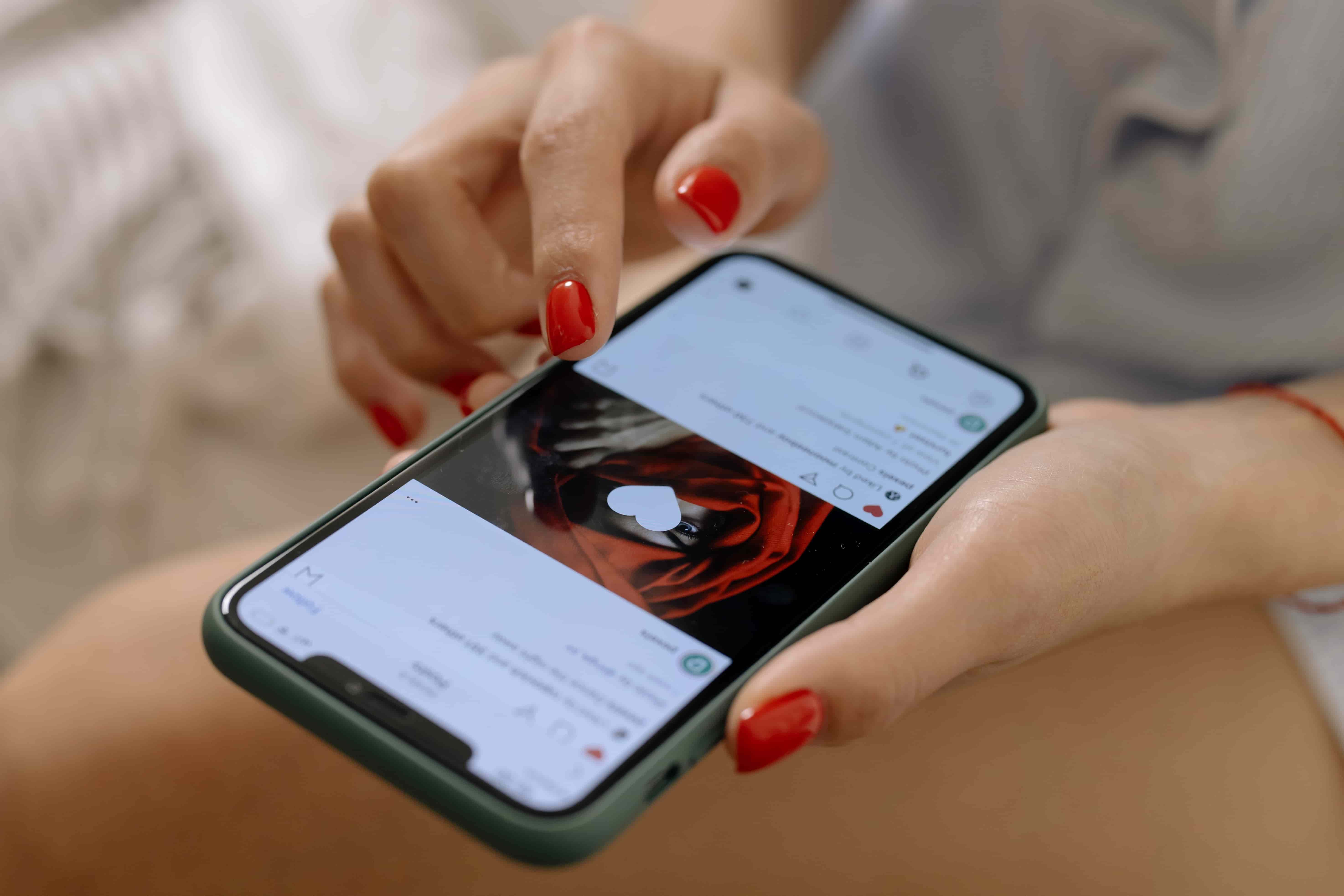 Are Influencers Worth The Price Tag? 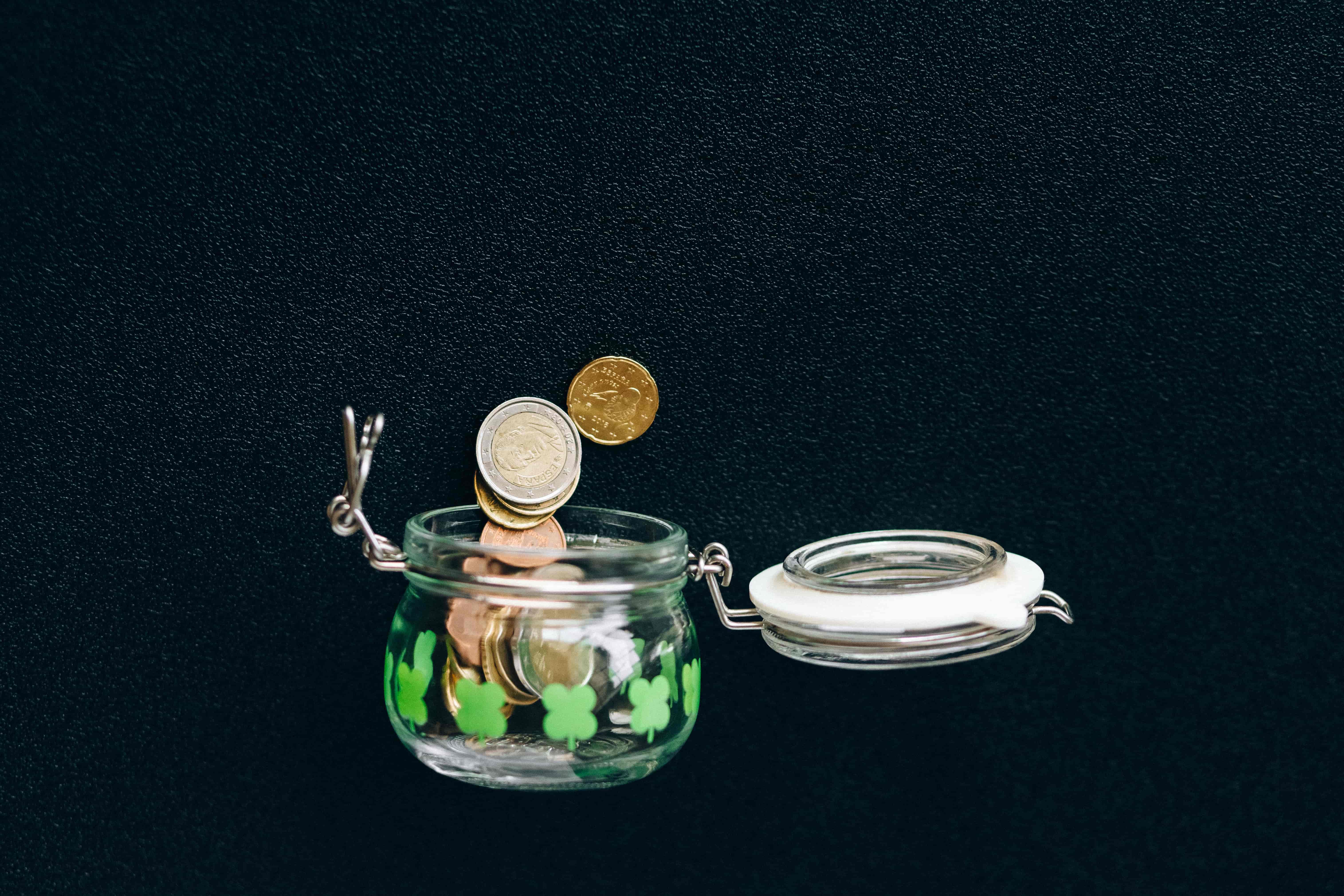 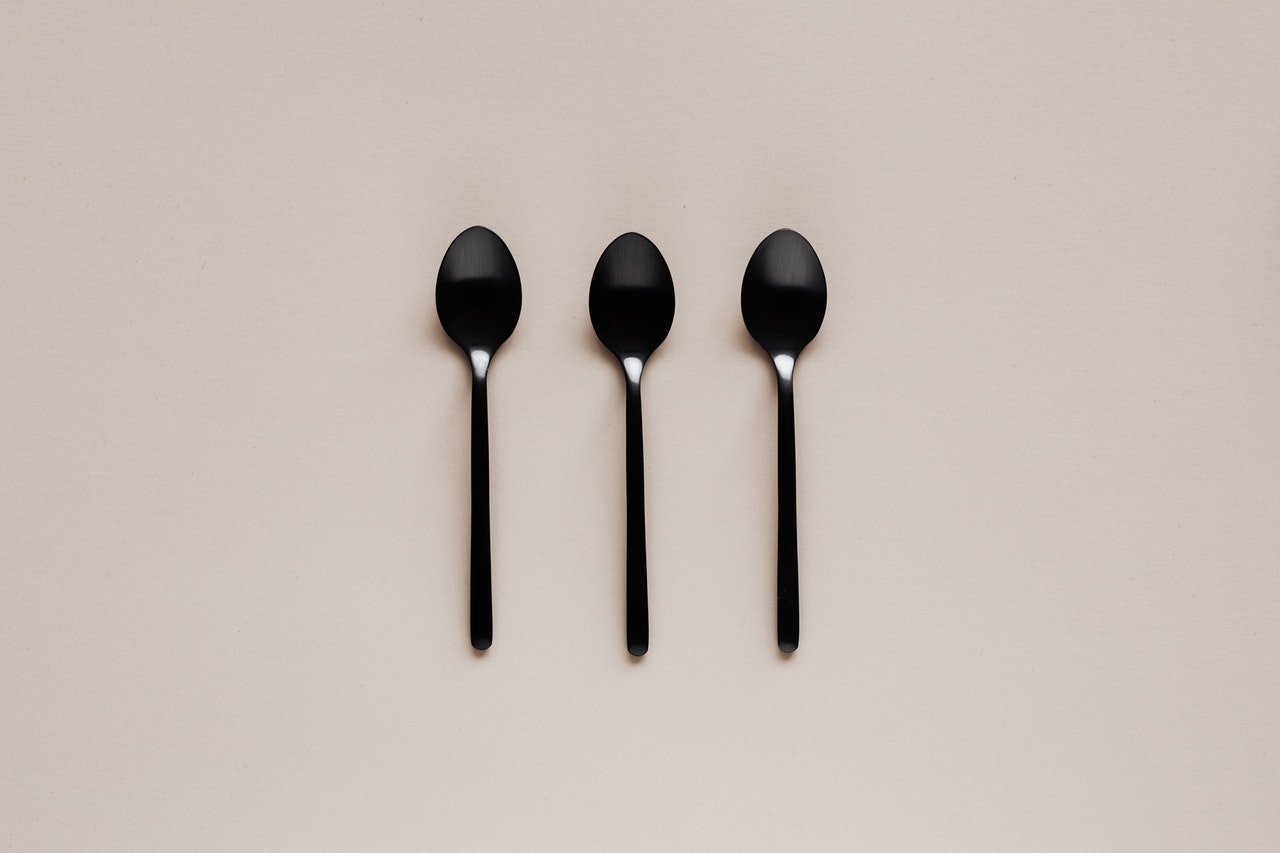 Playing With Power: The Danger of Monopolies 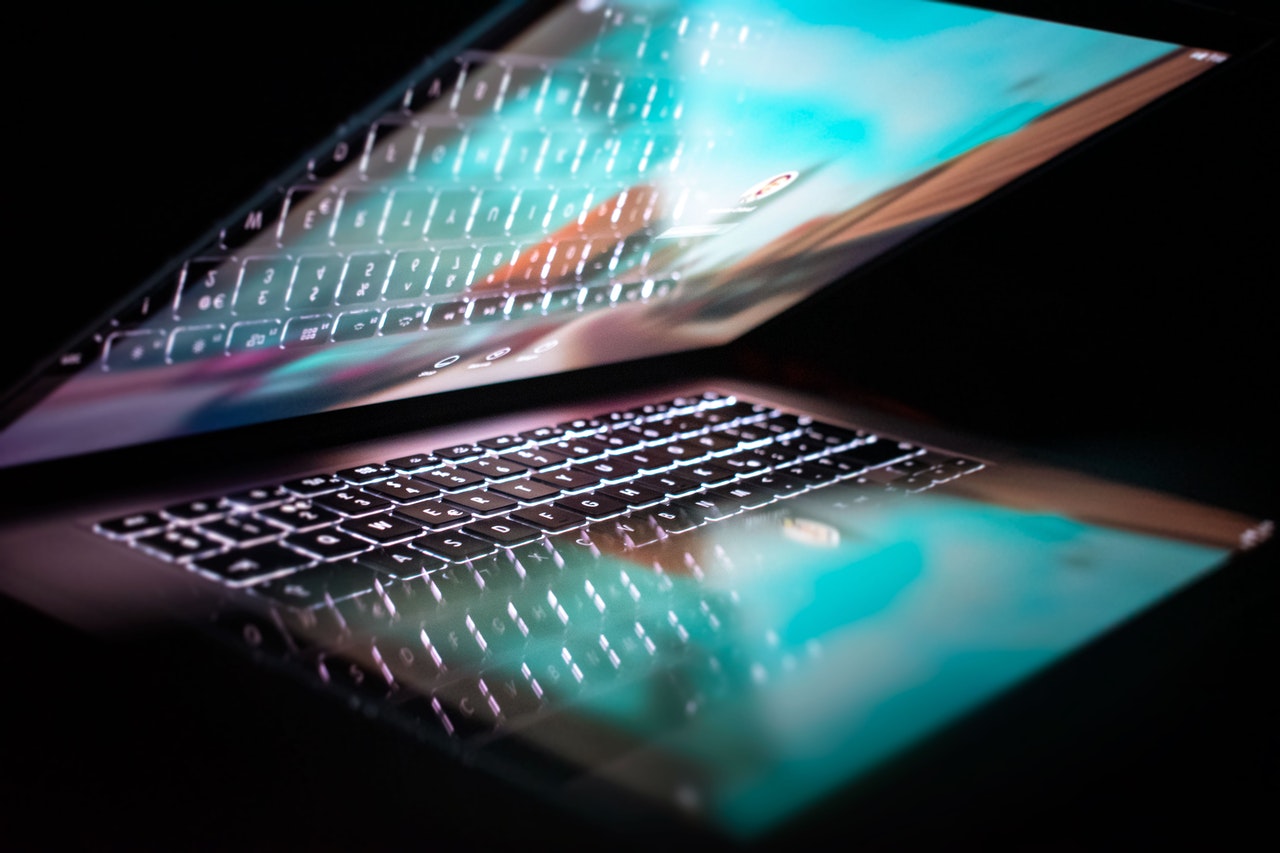 Are Bargain Hunters Killing Your Business?

Join the XIRCLS network! Sign up here.
Schedule a Demo